Oriental Medicine is a system of diagnosis and treatment with acupuncture and herb prescriptions. It began its

evolution 4,000 years ago in China and India. Does that mean it's archaic? Not at all! China and India were among the most sophisticated of the early civilizations.

Physicians in ancient China and India developed a complete medical system based off the theories of Yin and Yang and the energetic channels, or meridians; and in ayurveda, the nadis. Traditional Chinese Medicine and Ayurveda Medicine are best characterized as physiological medicine which depends on maintaining the internal balance, which in turn relies on circulation of blood, qi (or vital energy) and vital substances. In Chinese Medicine Blood circulation, which depends on chi/qi circulation was looked at as the most important physiological feature. 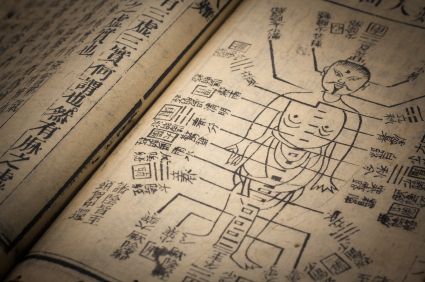 The Chinese word for science, Ke Xui, translates to "classification of knowledge". The early Chinese classified natural phenomena, developed scientific instruments, and objectively observed and recorded these phenomena. They also conducted experiments and were able to replicate the results. Early Chinese scientists helped lay the foundation for the later development of modern science and mathematics.

In 100 BC, a Chinese physician Huato, one of the Mythological Sovereigns, of Chinese Medicine, postulated that the heart circulates blood through the body. They also studied circadian rhythms and described how symptoms vary at different times of the day. Further, they defined that each of the 12 main meridians/ channels had their own 2 hour time slot in a 24 hour period. By 200 AD, diseases caused by vitamin deficiencies were recognized. Also around 200 AD, the Shan Han Lun (Treatment of Cold Diseases) was written and is a still studied as a classic text for the treatment of upper respiratory ailments. Around 600 AD Sun Si Miao suggested that people in the mountain regions eat sea weed for the treatment of goiters. And by 900 AD, Taoist monks were developing inoculations to prevent smallpox. These are a few examples of the insight of early Chinese physicians.

The philosophy of Taoism, with its view that all things in the universe are interconnected, was also influential in the development of Oriental Medicine.

In Ayurveda or Indian Medicine texts, 350,000 nadis (energy points which are similar to acupuncture 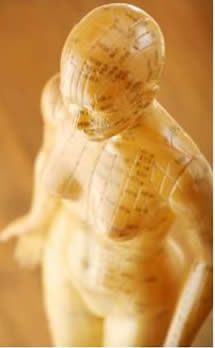 points)  were mapped throughout the body.  Furthermore they defined 3 main  nadichakras governing the spine (similar to the Du and Ren in Chinese Medicine), they noticed that when chi or prana is blocked, it causes low energy and illness. Practices like yoga and meditation (similarly in TCM; acupuncture, Qi gong and Tai Chi) work on these subtle energy channels, supporting the flow of energy through the body.  For more information on the science of chi,  check out the link on Science Finally Proves that Meridians Exist